(Hand in link at bottom) 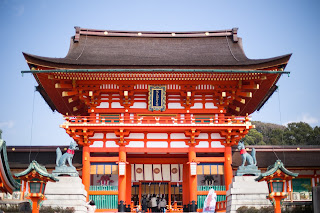 Rather then doing a traditional street corner for this assignment i decided to take a head start on the most detailed environment for my capstone short film. The setting of this environment is the Inri Shrine in Kyoto Japan. to date i can say this was the most difficult modeling experience i have ever had to endure for many reasons. The biggest issue i had to face was because this is a shrine photography is limited at the location so finding proper reference pictures was very difficult. 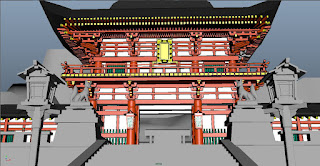 Here is a look at the final project, i added a quick toon shader over the basic blinn textures to try and give it the Okami type style that i am aiming for. 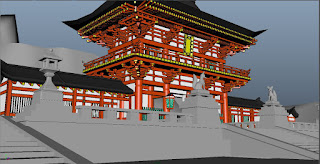 During the modeling process majority of the shapes came fairly easy and it wasent until i hit the supports that i ran into issues. Due to the lack of close up pictures i had to zoom into a front view of the shrine gate and try to deconstruct the supports. 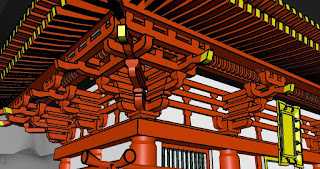 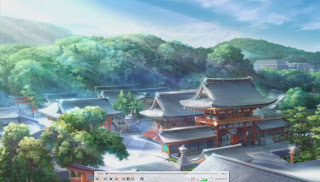 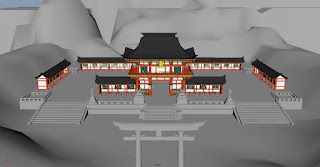 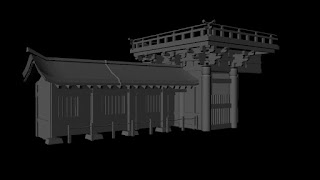 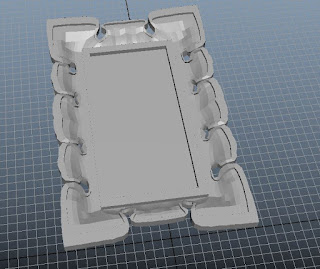 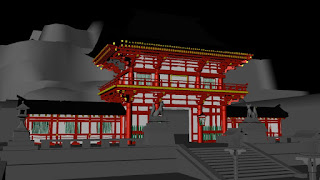 After completing this project my overall workflow has changed drastically. The method i have been using to build modular assets has not been the most effective and thus wasting a great deal of time. i was forced to re place most assets after i re uved them rather then uv the assets first. Now when im modeling any object i uv before i do final placement. another point i came across is that in rhe case for my short film Maya rendering will be more effective then Unreal 4. So as i move forward i have changed my pipeline to be more stream line and plan to move forward with Maya and its toon shaders for the final renders.